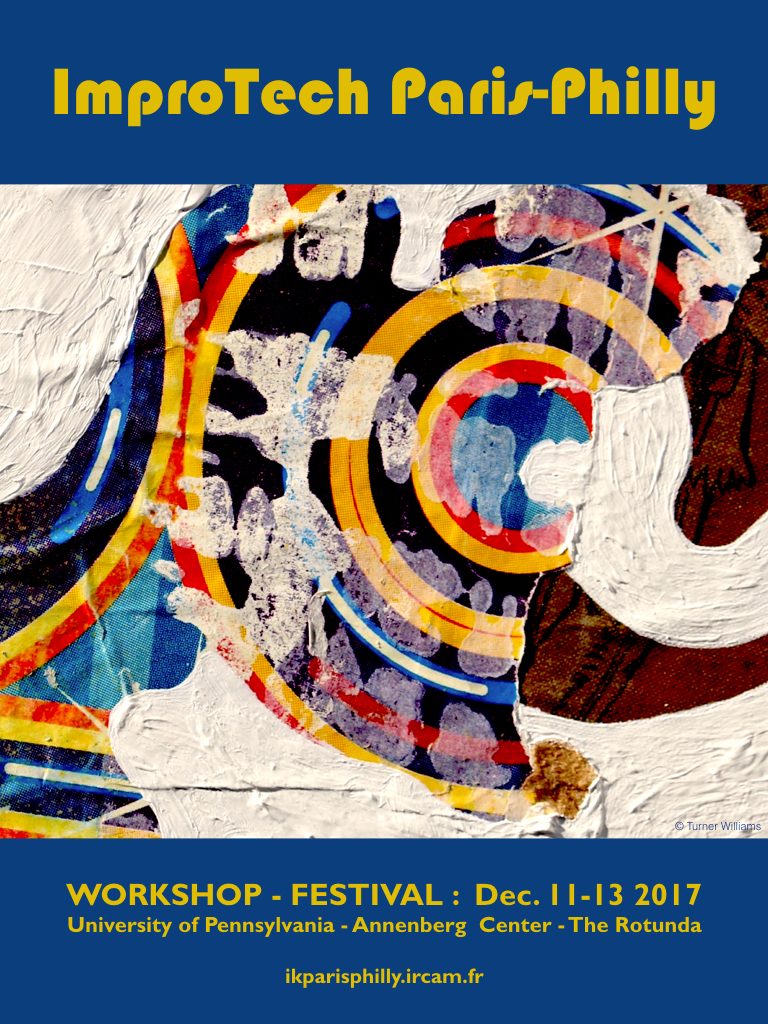 Improtech Paris – Philly (ikPP) gathers scholars, technologists, musicians, makers, around the idea of musical improvisation with digital intelligence (IDI), taking notice of the emergence and development of this new creative field. ikPP creates a link between the european and american research and creation scenes through the symbolic matching of two of their more eminent emblems, Paris and Philadelphia, just as it did a few years ago with Paris and New York.

Five years after its first iteration in New-York the ImproTech workshop – festival formula is back again to see the technological, aesthetical, and sociological evolutions that happened since the last gathering. The meeting place in Philadelphia seems a natural destination, for its unique improvised music scene and history, and its perpetual enchantment with so many ever floating historical musical figures.

Scholars, students, musicians, makers will come from many places in europe and the US to talk about their work, demo, teach and perform. ikPP will flourish on the explosive encounter of prominent research labs and scholars, well established musical figures of Jazz and contemporary music, and the young avant-garde / underground scene of Philadelphia and surroundings. 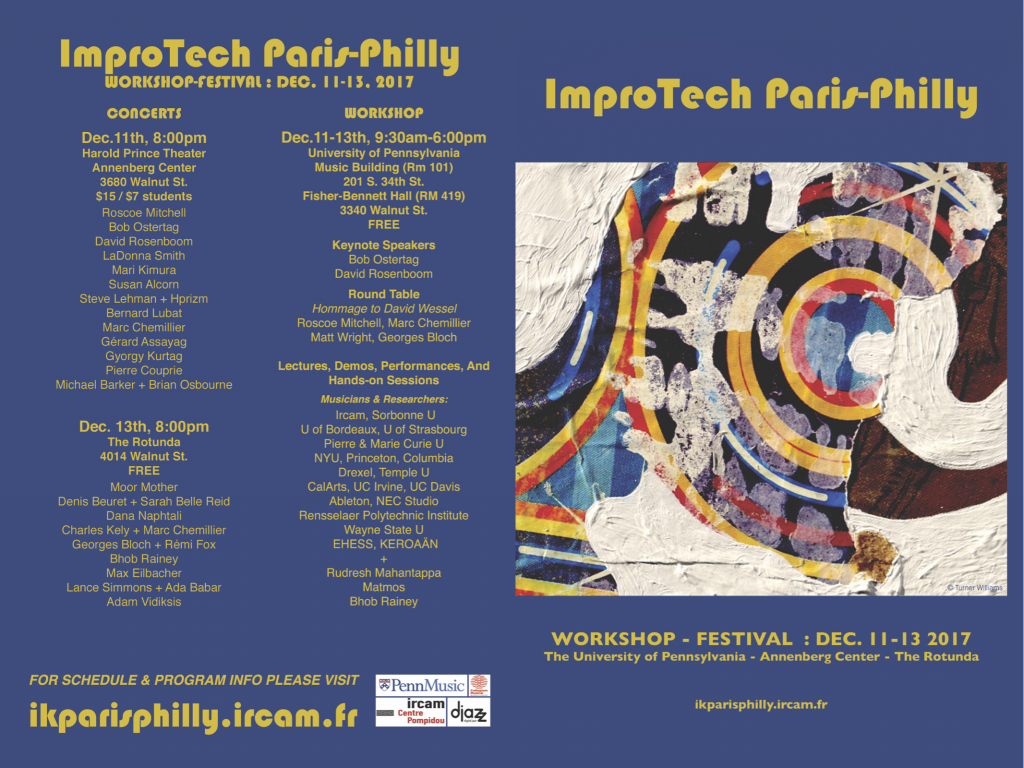